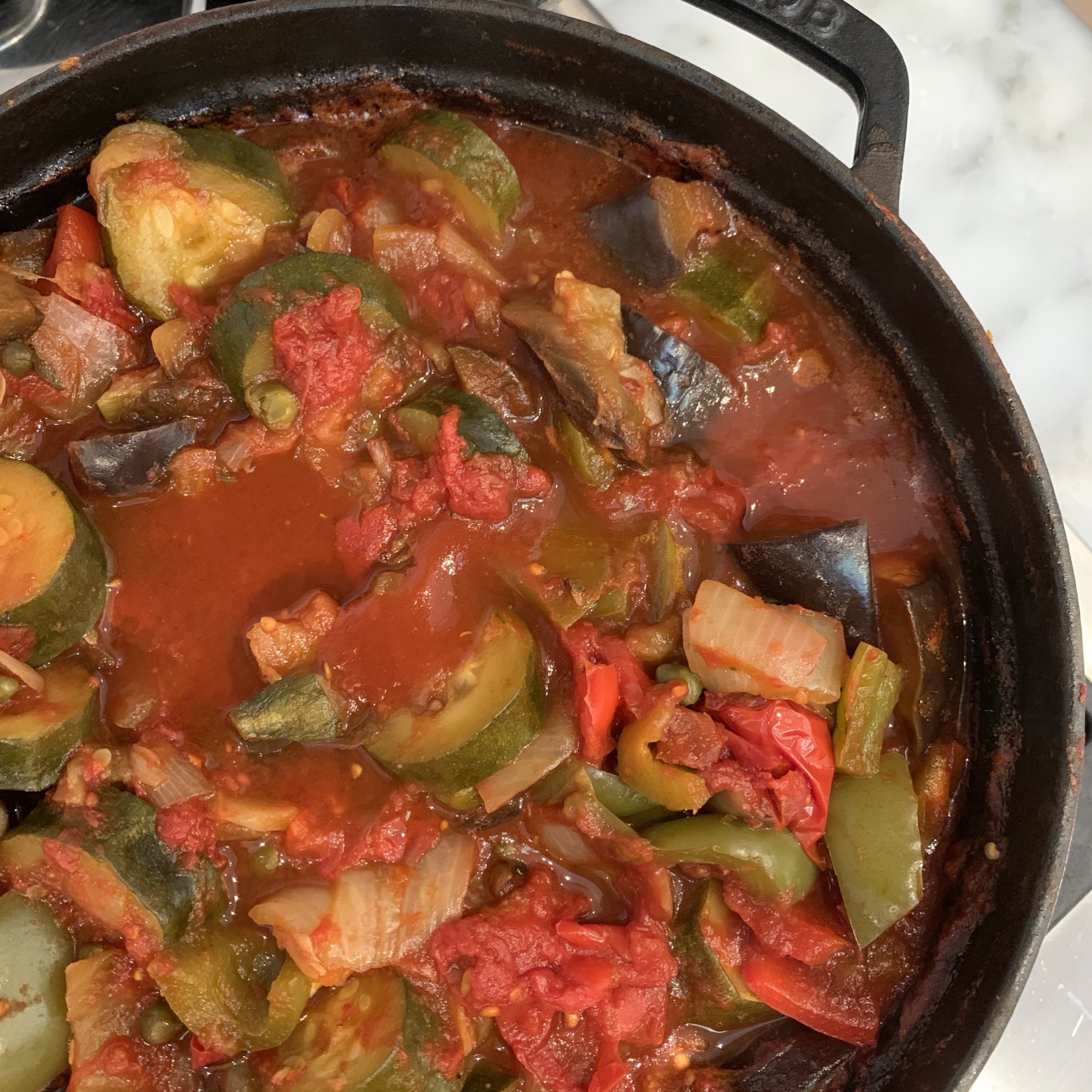 I have included chicken in this recipe, but you can make it without or substitute in garbanzo beans for a vegetarian version.

salt and pepper to taste

Chop the chicken and vegetables into one-to-two inch pieces.

Using a large pan or dutch oven, cook the chicken, garlic, and onions in a little olive oil until the onions are transparent.

Reduce flame and add the eggplant, zucchini, peppers, and tomatoes.  Cook for 30 minutes with the top on.  Stir occasionally.  Remove the top and continue to simmer until chicken is cooked through and the vegetables are soft.  If the stew is too thick, add a little wine or water.

Add capers and salt and pepper to taste.

Serve hot or at room temperature with rice, noodles or crusty bread.  This recipe freezes really well and can be made as a side dish without the chicken. I usually double it and freeze half for later.

Food: Is It Stressing You Out? Learn How to Use It to Mitigate Stress Inste...
Scroll to top